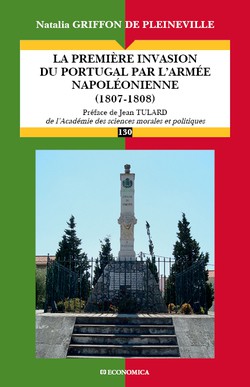 The French army’s campaign in Portugal in 1807-1808 was the first invasion of this country by Napoleonic troops. The army was commanded by General Jean-Andoche Junot, a personal friend of Napoleon’s and possible candidate for a marshal’s baton, and after a difficult march through Spain it finally arrived in Lisbon, too late to prevent the departure of the Royal family. The Emperor could now complete his plan to include the lusitanian kingdom in his sphere of influence.
From the start, Junot (who had become the Duc d’Abrantès) tried to get his subjects to like him and undertook a vast programme of reforms. Nothing, however, went according to plan. French domination, with its concomitant taxation and other exactions, exasperated the the locals and they rose up against the invaders. Shortly afterwards, British troops landed and led a victorious campaign against French troops bogged down by numberless difficulties. After the battle of Roliça, in which general Delaborde used tactics that his opponent, the future Duke of Wellington, would employ to great success in future years, the British won a great victory at Vimeiro, but without being able to use it to it greatest advantage. General Kellermann ‘s diplomatic abilities won for the French an advantageous peace treaty (against all expectations), thereby sparing Junot the Emperor’s ire, but the end result had damaged the Duc d’Abrantès’s chances of becoming a marshal.
As the first of a long series of campaigns in the Iberian peninsula, the expedition of 1807-1808 is worth a closer look. It is less well-known, compared to those led by Napoleon himself in central Europe, but it is in itself an important link in the history of the military campaigns of the First Empire.
Natalia Griffon de Pleineville (Goutina) is editor in chief of the magazine Gloire & Empire. She is a historian and lecturer who won the Prix Georges Mauguin de l’Académie des sciences morales et politiques for her biography of General Gazan in 2015. 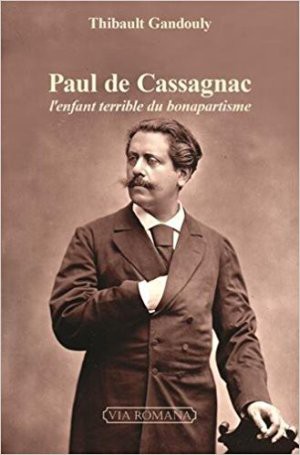 Paul de Granier de Cassagnac, also known as Paul de Cassagnac (1842-1904), has disappeared from history. In the Gers region, where he was member of parliament for twenty or so years, there are no streets or squares named after him. In France, there has been no biography of him, he who invented the expression “République Gueuse”. He was a big man, with a large moustache, a matt complexion, a slow walk, a man, who according to one of his contemporaries, had a physique for leading crowds. “He is d’Artagnan or, if you prefer, a sixteenth-century ‘capitano’ whose sword is rarely in its scabbard, whose tongue is ready with murderous ripostes, always ready for a fight.” He was an ardent Bonapartist and defender of Catholicism, both in the printed press and in the Chambre des députés, experiencing at first hand all the political storms of the second half of the nineteenth century: the fall of the Empire, the victory of the Republicans in 1876, Boulangism, the ‘Ralliement’ and the Dreyfus affair. He worked alongside many major figures of the Second Empire and the first decades of the Third Republic: Napoleon III and the Prince Imperial, Adolphe Thiers, the Marshal Mac-Mahon, Léon Gambetta, Jules Ferry, the Comte de Paris and Georges Clemenceau. Cassagnac is therefore an excellent vantage point from which to view conservative politics at the end of the nineteenth century. But more than this, he was an independent spirit, an agitator, an unbeaten duellist, a talented orator and writer, an intriguer, a point of fascination and attraction. “His ideal would have been to be a son of the crusades and defender of the King and God”, as one of his admirers, Marie Bashkirtseff, wrote in 1879. Paul de Cassagnac was entirely devoted to the chivalrous idea of fighting to the death “for God and for France”, as his motto showed. Throughout his life, sentiments of fidelity, loyalty, and honour were uppermost, almost to a fault.
Thibault Gandouly is a teacher of history and geography in a secondary school in the Oise departement of France. 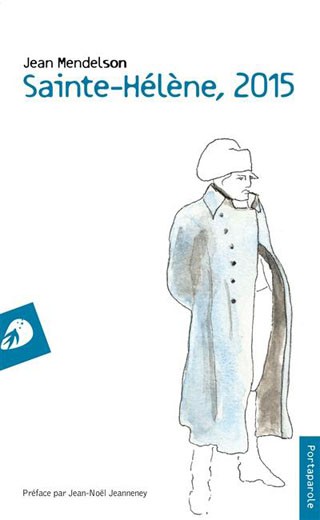 Before the inauguration of the airport on 14 October 2017, the island of St Helena, lost in the middle of the South Atlantic, was only connected to the rest of the world by boat – indeed, a five-day minimum voyage from South Africa.
Ambassador Jean Mendelson, who had been set two years earlier to sign an agreement between the French Ministry of Foreign Affairs and the local government regarding the French Domains on St Helena, here recounts this final mission by sea, which coincided with the bicentenary of the arrival of Napoleon, imagining at the same time the life of the prisoner and situating the Emperor in contemporary political debates.
There is an emotion inspired by places charged with history, and Mendelson allows  himself, via the island’s very isolation, to be set free and to be borne aloft on a Victor-Hugo-driven wave that recounts the legendary Napoleon. And beyond the legend and preconceptions, he examines the reasons for the liveliness of the debates on the Revolution and the Empire from which sprang many aspects of contemporary France. Are not Robespierre and Napoleon, as much for their brilliance as for their faults – and indeed occasionally their crimes -, still two hundred years on, the most divisive figures in French history, still exciting hate or adulation, systematic criticism or boundless admiration?
The atmosphere is moving but also troubling. The two small campaign beds set in the prisoner’s study and in the salon where he received his guests (and where he died) create almost a paralysis – in fact, the originals are at the Invalides and at Bois-Préau, but who cares? In his final days, the patient was carried into the salon, the room in which there was the most light, and it was here, on 5 May 1821 that “at eleven minutes to six in the evening, in the midst of wind, rain and the thunder of the waves, Bonaparte rendered up to God the mightiest breath of life that ever animated human clay”, as Chateaubriand was to put it in his Mémoires d’Outre-Tombe. The following day, his body was dressed in the Guard Colonel’s uniform and placed in his study where the population of St Helena, a large majority of which had never seen him, filed past the body, both British civilian officials and military figures, not mention the allied commissioners.
Ex-ambassador Jean Mendelson was Director of the French Archives Diplomatiques (2006-2010).