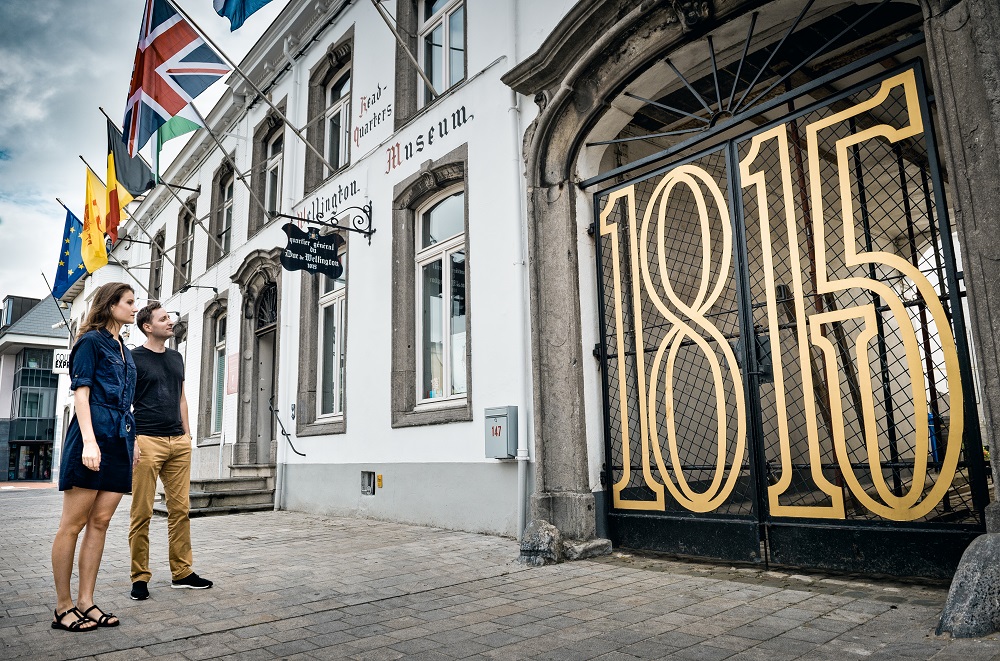 To commemorate the bicentenary of Napoleon’s death, the Wellington Museum in Waterloo (Belgium) is organising an exhibition entitled “L’Empire en Playmobil®” [The French Empire in Playmobil®], telling the story of the great moments of Napoleon’s life and his reign with scale models using the popular figurines.

Exhibition > L’Empire en Playmobil®  [The French Empire in Playmobil®]
8 May-5 September 2021
On the occasion of the bicentenary of Napoleon’s death, many exhibitions will be presented but “The Empire in Playmobil®” will offer a different vision of this period.
This playful approach is aimed at a young audience, hoping to raise awareness about the past and to teach them about history in an amusing way, thanks to scenarios that retrace the life of the Emperor.
Exclusively at the Wellington Museum, a very large model of the Waterloo battlefield made with Playmobil® figures will be on display for the enjoyment of young and old alike.  Several events that marked the Emperor’s life will be evoked, including the 18 Brumaire, the Coronation, Austerlitz…

These models were made by Laurent Lafont, a Playmobil® and history enthusiast. For several years now, he has been customising historical figures based on Playmobil® figurines and integrating them into dioramas. He is particularly interested in the Napoleonic period and regularly works on staging for museums and participates in various Playmobil® exhibitions throughout France.
Due to the health crisis, visits are by reservation only +32 (0) 2357 28 60 or email accueil@museewellington.be
The wearing of a mask is compulsory.

Presentation of the Musée Wellington

In the centre of the town of Waterloo, on the edge of the Forêt de Soignes, this old building dating from 1705 was chosen to house various staff headquarters.  It was here that the Duke of Wellington established his headquarters on 17 June 1815, before facing Napoleon. He wrote his victory report here and thus gave the name “Waterloo” to the famous battle.
Opening times: all year round (closed on 01/01 and 25/12).
Chaussée de Bruxelles, 147 • 1410 Waterloo • +32 (0) 2 357 28 60
info@museewellington.be • www.museewellington.be