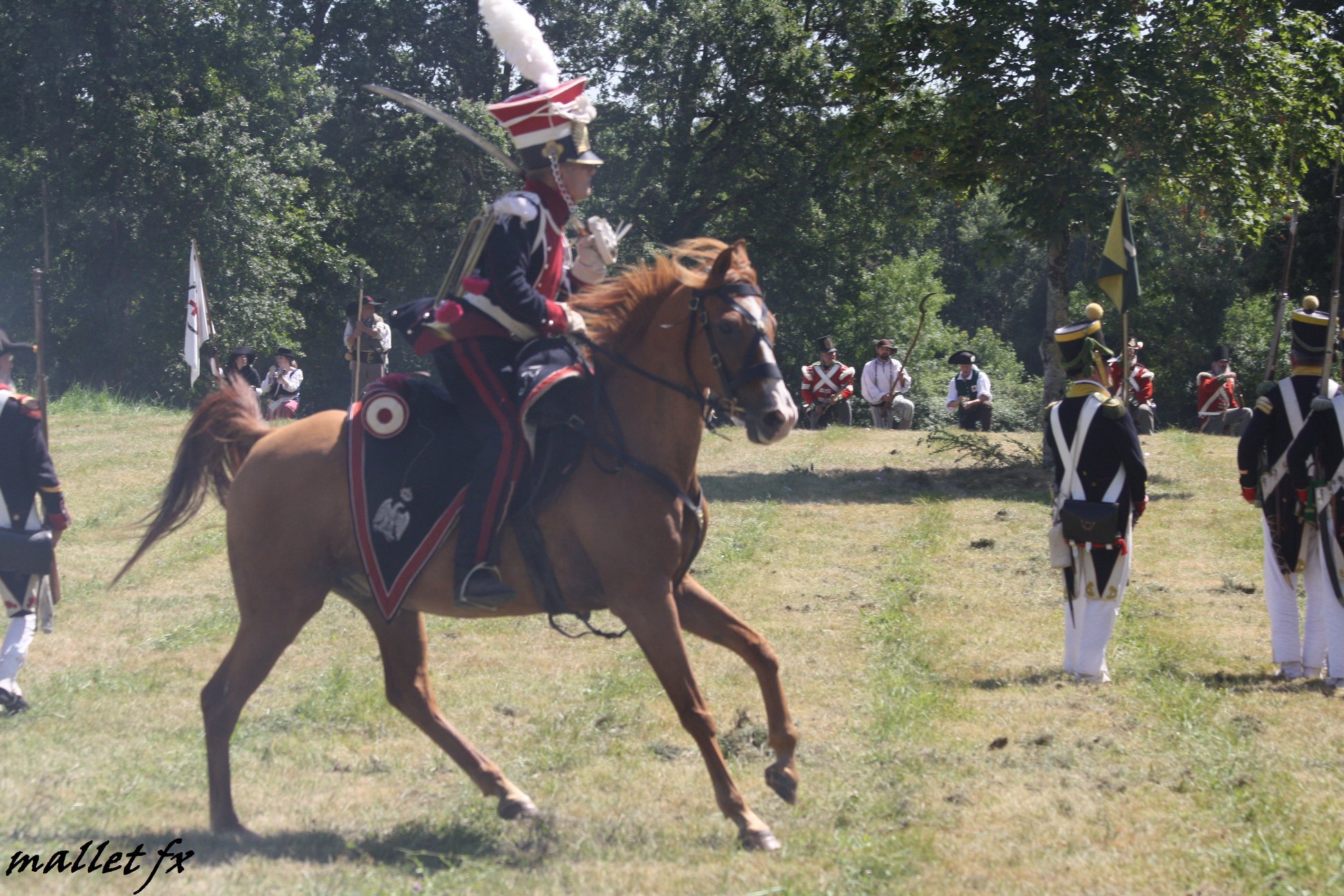 On the occasion of the bicentenary of the death of Napoleon I in 1821, the historical re-enactment association Aux Portes de l’Histoire is co-organising, with its local partners and historical sites, several Napoleonic events throughout France.

Re-enactment > Bicentenart of the death of Napoleon
22-23 May 2021
The association will be present at events organised by the town of Lavaur. See here for further details (in French) 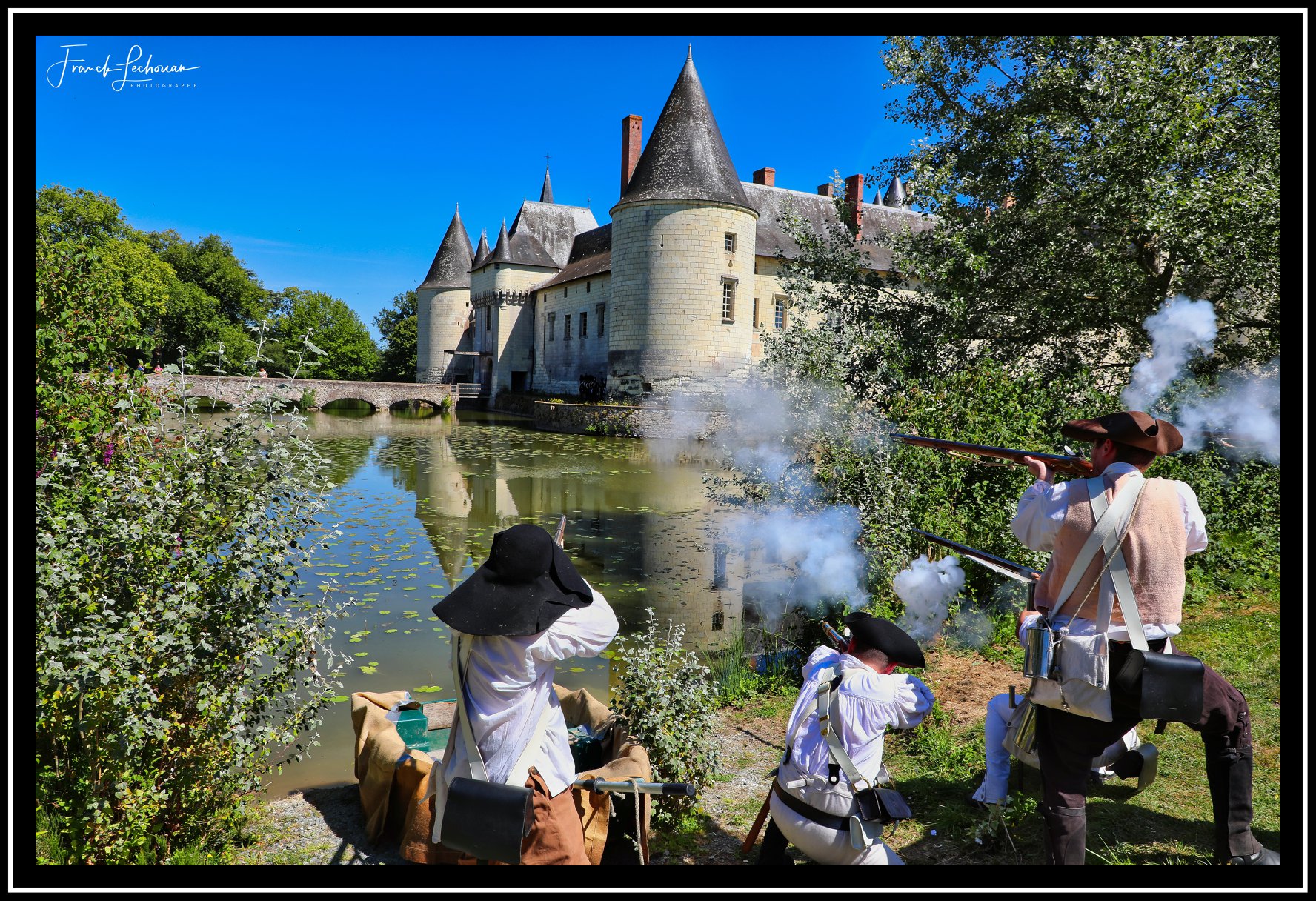 Via its snapshots of bivouac life, its different presentations (uniforms, civil or military trades), its demonstrations of firing and military manoeuvres of the period, both on foot and on horseback, its fairground activities, its demonstration of dances and crafts, etc. the association Aux Portes de l’Histoire offers a full immersion into the life of the First Empire.
This event is also an opportunity to enjoy the delights of the Pays de Loire region, and more particularly the Maine-et-Loire region, so severely affected by the Vendée wars.
Finally, this event tips its hat at the owner of the château, Jean-François Reille Soult, Duke of Dalmatia and direct descendant of the illustrious marshal.
→ Press kit (in French)
How to attend? Details on the website of the Château de Plessis-Bourré 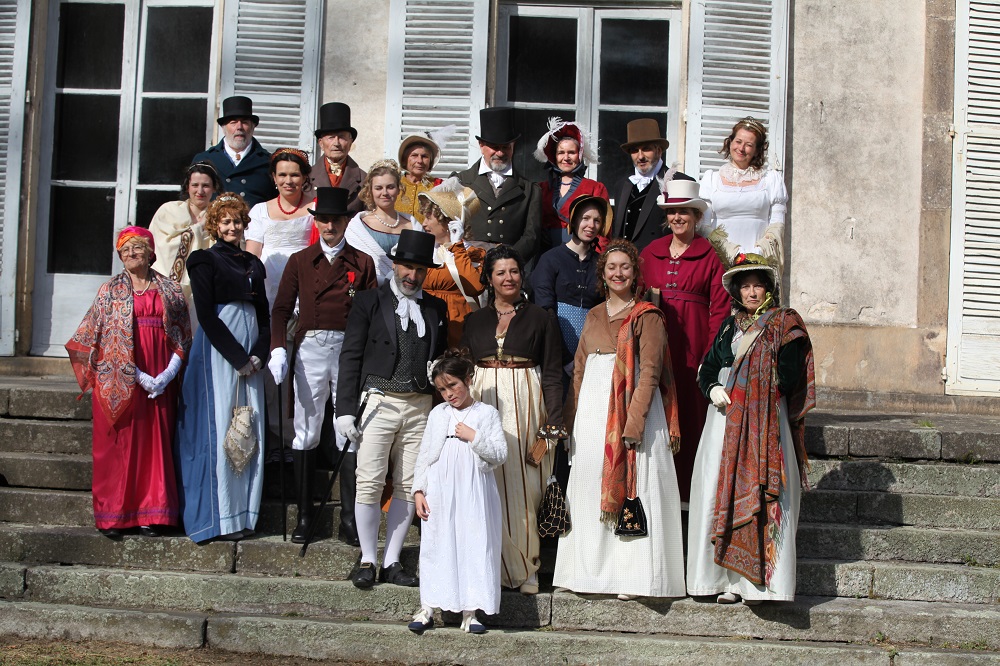 On the occasion of the Heritage Days and after the success of the previous years (2004, 2016 and 2019), the association Aux Portes de l’Histoire, with the partnership with the owners of the Soult-Berg castle in Saint-Amans-Soult (81240), honorary members of the association, is proposing two days of re-enactment on the theme of “The Empire at Soult-Berg”.
The aim is to provide a two-day learning experience related to the First Empire, with presentations of outfits, uniforms,  civil and military trades, demonstrations of shooting, and military manoeuvres of the period, both on foot and on horseback. The evocation of the period will include fairground activities and crafts, whilst at the same time highlighting the Occitanie region and more particularly the Tarn and the town of Saint-Amans-Soult.
Ticket office forthcoming, at the entrance to the Château. 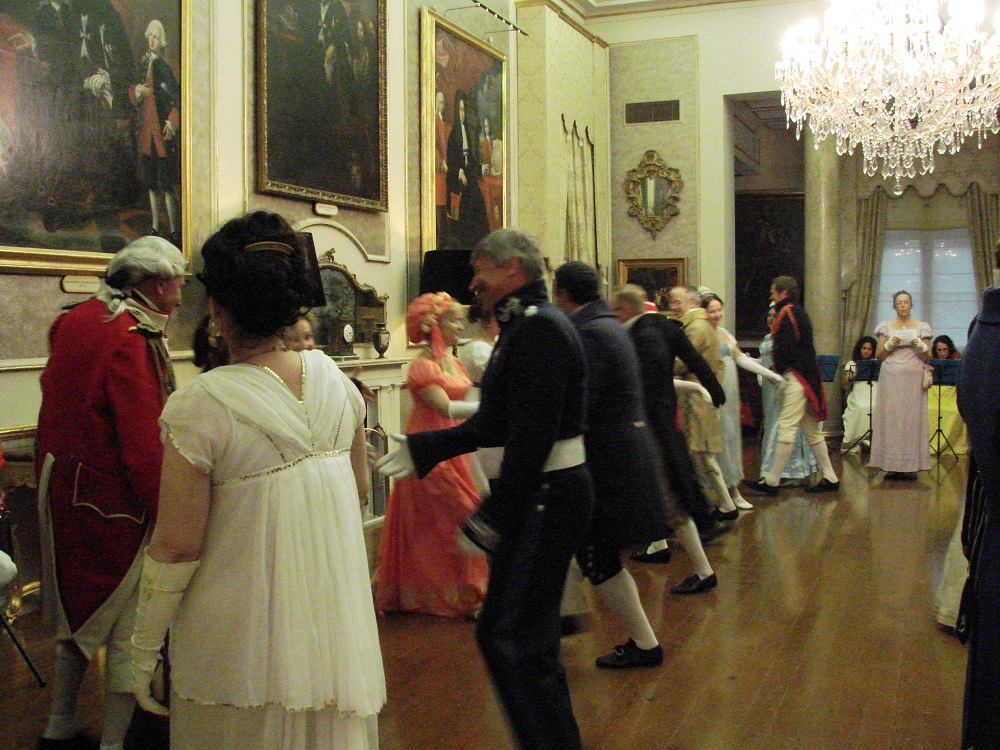 The association and the Château de Châteaudun are organising a First-Empire ball, in the style of 1810, under the thematic aegis of Colonel Étienne François Girard, who was born into a poor family in the Saint-Jean district of Châteaudun and who was three times mayor of Toulon and an officer of the Legion of Honour.
This re-enactment will reflect the style of this period, notably in the civilian clothes, the military uniforms, the accessories and the attitudes. There will be dancing demonstrations, and spectators will be invited to join the members of the association in these dances, in the historical setting of one the châteaux of the Loire famous for its past owners (notably Jehan de Dunois).

Please request your registration form by e-mail from Renaud Blanloeil.

The aim of this association is to promote history through the historical re-enactment of uniforms and outfits of the past in events with a historical significance.
It organises money-making, educational and cultural activities with aim of developing tourism on the theme of history throughout Europe.

Its aims and activities are fluid and may be modified by a vote of the Board of Directors to evolve towards other periods.
It considers all initiatives at local, departmental, regional, national, community or international level as well as any initiative depending on any community or public or private national or international body to protect the interests mentioned above. In this context in particular it pursues a mission of animation, assistance and coordination in its proposals to the public bodies.

It has at its disposal all the means of action authorised by the laws and regulations and in particular:
– Public debate and information;
– Public history;
– Contribution to the acquisition and management of sites of historical character.