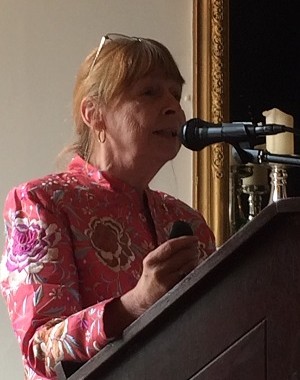 She was awarded an NDEA Fellowship and other grants, and spent nearly six months in France on her dissertation research on Laure Junot, Duchesse d’Abrantès. She then went on to have a distinguished academic career first as a tenured professor at Tift College in Forsyth, Georgia, and then at Central Michigan University in Mt. Pleasant, Michigan where she was named Professor of History emerita and joined the ranks of the administration as Associate Dean of the College of Humanities, Social & Behavioral Science. She continued her career as Vice-President for Academic Affairs at Florida Southern College in Lakeland, Florida, and Provost and Professor of History at Albion College in Albion, Michigan from which she retired in 2014. Though she published widely, including the book, The Age of Napoleon (2004), she was also recognised for teaching excellence. She was a conscientious director of the Consortium on the Revolutionary Era and sat on the boards of the Masséna Society (alongside Victor André Masséna Prince d’Essling and Peter Hicks) and of the Napoleonic Historical Society.

Victor-André Masséna, Thierry Lentz, Peter Hicks and the entire Fondation Napoléon team sends it sincere condolences to Ronald J. Conner, her husband of fifty-two years, and all her family, friends and colleagues. She will be sorely missed.