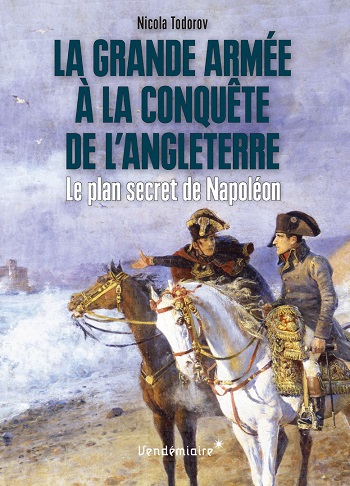 September 1810. Five years after the terrible defeat of Trafalgar, Napoleon revealed to his Navy minister a secret plan of invasion of the British Isles, planned for 1812. Two years later, the fatal outcome of the Russian campaign had cut the plan short. Which begs the question: without this unforeseen setback, was not everything in place for Napoleon to carry out his incredible project?
Based on the study of Napoleon’s correspondence with his ministers, Nicola Todorov offers a radically new rereading of the Emperor’s strategy, namely: where everything once appeared to be explained by the ambition of a colossal maritime war: the confrontation with England, for the domination of the continent, was in the first place a merciless economic struggle.

Nicola Todorov is a doctor of history and associate researcher at the Center d’histoire du XIXe siècle. His research focuses on Europe in the Napoleonic era, to which he has devoted more than twenty articles. He is the Assistant Director of the Revue de géographie historique (Journal of Historical Geography).