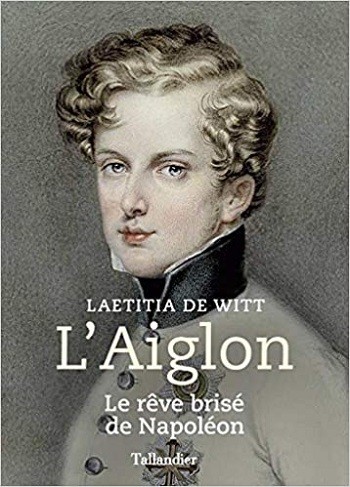 Of all the challenges Napoleon set himself, the most difficult was probably that of founding a dynasty. He made kings and queens of his brothers and sisters, and by marrying the daughter of the Emperor of Austria, he hoped to ensure his descendants would belong to the most exclusive circle, that of the ancient and illustrious reigning families.

But nothing turned out as he had intended. Certainly, the child, born in 1811, given the title “Roi of Rome”, was male, and his early education was of the highest quality. However, the dream that the ‘King’ could one day reign soon turned into a nightmare. He was less than four years old when foreign armies set foot on French soil, and Fortune abandoned Napoleon. The “King of Rome” was to be “Napoleon II” for only a few days. Practically kidnapped on the orders of his maternal grandfather, he was never to see his father again. Raised as an Austrian under the very distant tutelage of Marie-Louise, gradually deprived of his French entourage, the man who was to become Duke of Reichstadt (not even an archduke!) spent more than fifteen years in Vienna before dying in 1832 from tuberculosis, a helpless and often unknowing hostage to manipulations and even plots, all against the backdrop of international relations. Locked up in his gilded cage, unable to free himself, frustrated in his aspirations, especially military ones because his fragile health handicapped him, he died at the age of twenty-one. Everything seemed to show that he would soon be forgotten, yet he almost immediately became a mythical figure, linked to that of his father. This tragic destiny haunted the whole of the 19th century, the century of Romanticism, the century also of Napoleonic legend, until Edmond Rostand made him the central figure in what would become one of the most performed plays in France. Taking advantage of an exceptional body of documentation, some unpublished, and with an uncommon rigour and sensitivity, Laetitia de Witt reveals the personality of the “Aiglon” [literally the “Eaglet”], and shows to what extent, from the moment of his birth to the transfer of his mortal remains to Paris (on Hitler’s orders), this figure had been sacrificed by history.

See here for an interview with the author 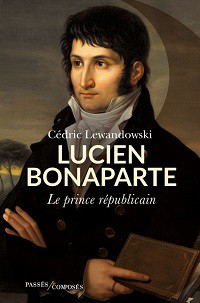 Lucien Bonaparte could have been been just the Emperor’s brother. But his intelligence, his passion for politics, and his courage decided otherwise. He was a Revolutionary, a member of the French parliament, and president of the Conseil des Cinq-Cents [Council of Five Hundred], he saved the 18 Brumaire coup d’état, he was Minister of the Interior before he was even 25 years old, in short, he was one of those figures could get things done and thereby change the course of history. As much as from conviction as from pride (and sometimes with regret and bitterness), Lucien Bonaparte preferred freedom to his brother’s authoritarianism, and in return that brother never stinted in minimising the important role Lucien had played in his rise to power. From power to exile, from the chaos of the French Revolution to the calm of his Italian retreat, his political and personal journey never followed well-trodden paths. Having become Prince of Canino by the grace of Pope Pius VII, he remained deeply attached to the Republic, which he hoped to see triumph one day. A republican at heart, a prince from circumstance, Lucien Bonaparte was a republican prince.