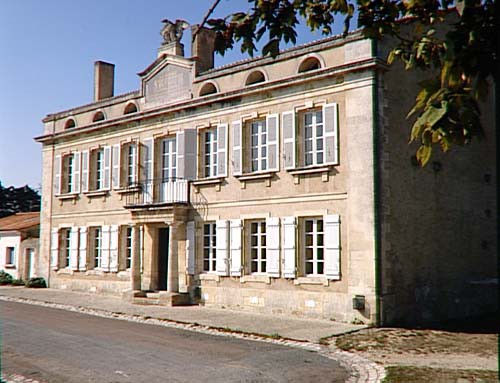 As part of the bicentenary of the death of Napoleon I in 2021, the National Museum on the island of Aix is hosting a temporary exhibition based on the painting Napoleon I dictating his memoirs.

For further information, please consult the museum website (in French). 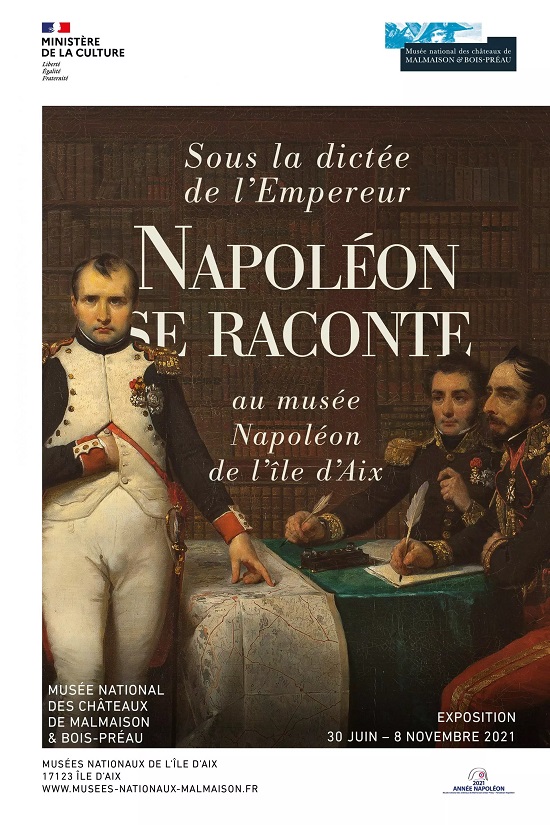 Exhibition > “Sous la dictée de l’Empereur. Napoléon se raconte” [“Taking dication from the Emperor”]
30 June – 8 November 2021
The exhibition will comprise a rearrangement of the St Helena room (including a new scenography and new information panels), with the painting by Jean-Baptiste Mauzaisse, Napoleon I dictating his memoirs, painted in 1842, as its centrepiece.

To reconstruct the scene, the artist relied on the direct testimony of General Gaspard Gourgaud (1783-1852), Napoleon’s aide-de-camp on St Helena between 1815 and 1818, who probably commissioned the work, but he also drew on other sources, notably the famous St Helena Memorial, published in 1823.
All day long, both to kill time and to justify himself to posterity, the Emperor dictated his military and political memoirs to his four main companions in exile, the Comte de Las Cases, Generals Bertrand, Montholon and Gourgaud.

Didactic panels and a sound trail will explain to visitors how the Emperor organised his daily work and how he solicited his collaborators, who had to work tirelessly.
They will also highlight the portraits and personal souvenirs of General Gourgaud, which are held at the museum, created in 1928 by his great-grandson, Baron Napoléon Gourgaud (1881-1944) and donated to the State in 1933.

Related to the Exhibition

• Talk by Christophe Pincemaille, curator of the exhibition, Tuesday 19 or 26 October (date to be confirmed), at the Médiathèque de Rueil (15-21 Boulevard du Maréchal Foch, 92500 Rueil-Malmaison), at 7-30 pm.

The National Museum on the island of Aix became a historical monument in 1925 when the house from which Napoleon left to surrender to the British was sold to Baron Napoléon Gourgaud (1891-1944), grandson of the General Gaspard Gourgaud, who accompanied Napoleon from Aix to St Helena. The ten rooms in the house/museum tell the stories of the histories of the island of Aix, the Gourgaud Family, and the Napoleonic Legend.
See the museum website (in French).