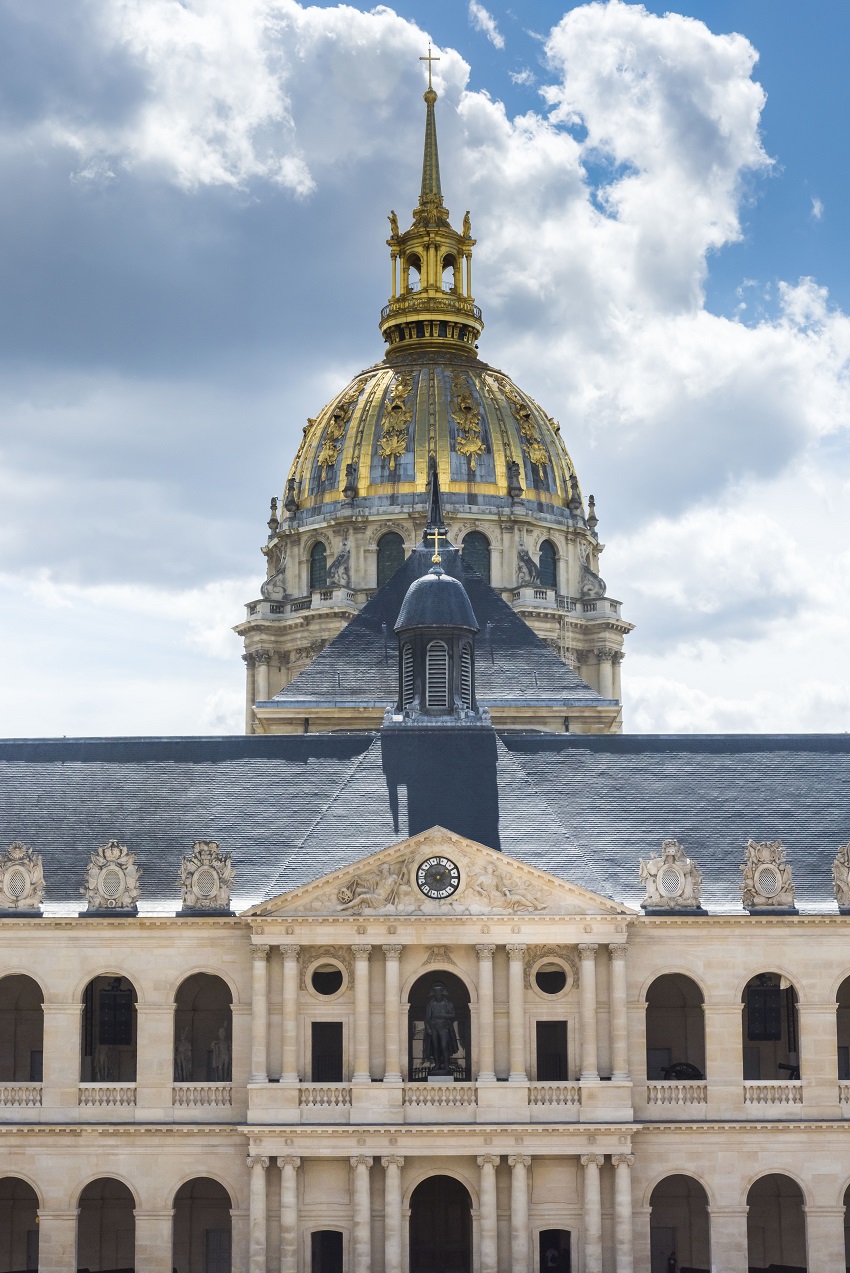 The year 2021 will mark the two hundredth anniversary of the death of Emperor Napoleon I. On this occasion, the Musée de l’Armée is proposing a cultural season at Les Invalides entirely dedicated to this major figure in French history. The tomb restored, the permanent exhibition galleries revisited, a major exhibition and, for the first time at the Museum, works by contemporary artists turning on the question of Napoleon’s legacy. Many opportunities to discover or rediscover the man who has been resting under the Dome since 1840, “in the bosom of the French people he loved so much”. Joining forces with the Fondation Napoléon, whose mission is to support and encourage interest in and study of Napoleon I and Napoleon III, the Museum will offer a wide variety of events throughout the year, as well as a new look at the history of the site and the permanent collections linked to Napoleon.

For further information on events at this institution, please contact the museum (in French). 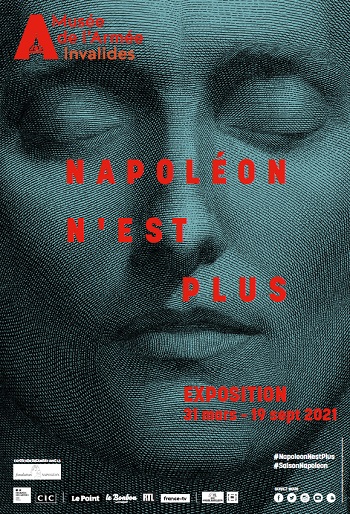 Exhibition > “Napoléon n’est plus” [“Napoleon is no more”],
19 May to 31 October (please note dates have changed due to the sanitary arrangements)

CATALOGUE On this occasion a 296-page illustrated catalogue has been published.

Academic conference > “Napoléon n’est plus” [“Napoleon is no more”],
postponed to 21-23 September 2021
organised in partnership with the Fondation Napoléon
Fondation Napoléon (Salle Gourgaud)
Full programme and booking details (from 14 September)

Concert series > “Bicentenaire de la mort de Napoléon” [Bicenentenary of Napoleon’s death]
8 April- 2 December 2021 (programme largely modified see below*) – Cathedral  of Saint-Louis des Invalides
The Fondation Napoléon and the Musée de l’Armée are celebrating the bicentenary of Napoleon’s death throughout the year. The cycle “Bicentenaire de la mort de Napoléon“ echoes this with the participation of renouned musicians. All the concerts and booking

*Due to sanitary conditions, many concerts have been cancelled or reprogrammed. For details please refer to the agenda of the Musée de l’Armée. Tickets purchased for cancelled or postponed concerts will not be reusable for the rescheduled concerts.
If you have purchased a ticket for a cancelled concert, you can send your request for reimbursement by attaching your proof of purchase (tickets and confirmation of purchase) together with a bank details slip and your postal address:
by e-mail to: billetterie@musee-armee.fr or by post to: Musée de l’Armée – Département billetterie et régie de recettes, 129 rue de Grenelle, 75007 Paris, France.

The figure of Napoleon never ceases to fascinate young and old alike. For the holiday season, enter the private world of this legendary character through the great episodes of his life and relive his journey through the famous figurines staged in the majestic salle Turenne. From his training at the Brienne school to his death in exile, through his greatest victories and defeats, let yourself be drawn into his formidable epic! Details

► PERMANENT EXHIBITION
The Napoleonic galleries redesigned
The arrangement of exhibits in the rooms inaugurated in 2009 is to be completely redesigned (a gallery will be devoted to Napoleon’s bivouac; new presentation of the Battle of Lodi maquette, etc.); in galleries recounting the history of the 19th century, a new space will be added dedicated to the Emperor’s exile; certain large paintings, notably the portraits of Count Daru (1767-1829), Minister of State by the painter Antoine-Jean Gros and of General Frère (1764-1826) by the painter Nicolas Gosse, are to be re-hung.

Appeal for the Restoration of the Napoleonic Monuments at Les Invalides
For the bicentenary of the Emperor’s death, the Musée de l’Armée and the Napoleon Foundation have organised a major international fund-raising campaign to restore, notably:  the red quartzite tomb; the stone, enamel and marble marquetry of the floor; the statuary and other Napoleonic monuments: the tombs of Kings Joseph and Jerôme; the Chapelle Napoléon located in the Cathédrale Saint-Louis, which served as the second “chapelle ardente” [chapel of rest] for Napoleon’s mortal remains during building work on the Dome and the crypt; and finally the stones from the tomb on St Helena, brought back in 1840 with Napoleon’s mortal remains, which are to be presented to the public in a refurbished garden.

PrEsentation of THE musée de l’Armée

Ranked sixth in the Paris top ten of most-visited museums (more than 1.2 million visitors in 2019), the Musée de l’Armée (Army Museum) with its famous collection housed in the Hôtel des Invalides (in Paris’s 6th arrondissement) provides visitors not only with a view of the history of France but also access to the celebrated Dome under which lies the tomb of Napoleon I. The museum was founded in 1905, and it has one of the largest military history collections in the world, with more than 500,000 objects, dating from the Bronze Age to the 21st century. Guided tours and educational workshops, temporary exhibitions, conferences and symposiums, cinema, entertainment, concerts and events are organised throughout the year.
Visitors can find out more about the uniforms, weapons, drawings, paintings and everyday objects in the museum that illustrate the history of France, from Prehistory to the present day, via an online database (in French) .