The bicentenary of Napoleon’s death will be remembered by the Museum created to house Glauco Lombardi’s collection with a publication and a temporary exhibition: underlining the central role that the figure of the emperor plays in the Museum’s collection, the initiatives aim at reconstructing the scenario and the consequences that occured in the Duchy of Parma, after his death, where the former Empress Marie-Louise of Habsburg reigned from 1816.

The news of Bonaparte’s death, learned with unjustifiable delay which irritated the court, led to the implementation of a series of measures of communication and observance of the funeral and mourning managed with great difficulty by the ducal government. At the same time, her new status of widow allowed the Duchess Marie-Louise to marry (morganatically) to General Adam Neipperg, with whom she had been in a relationship since 1814 and with whom she had already had two children.

The book, based on extensive and heterogeneous archival documentation, largely unpublished, aims to retrace the various phases of those eventful weeks in the summer of 1821, during which in Parma the knight of honour Neipperg, in full agreement with Vienna, had to confront a very demanding situation, not without diplomatic complications involving the chancelleries of Vienna, Paris and London. At the same time, Bonaparte’s death opened the way to a complex management of the Emperor’s will, generating a thorny problem that lasted for years.

These and other aspects, including an in-depth study of the imperial cult in the Duchy of Parma through the complex events of the printing of the Martyrdom of St Napoleon by the Toschi studio, are explored in the volume. Further essays are devoted to Parma’s judgments of Bonaparte and the spread of iconography in the Emilian lands during the Department of the Taro.

These aspects are given form in the temporary exhibition on the ground floor, where can also be found reproductions of clothes and accessories used by the Emperor on St Helena and the faithful reproduction of the campbed on which Bonaparte died.

The volume and the exhibition are included in the programmes of the Comitato per il bicentenario napoleonico 1821-2021 (Italian Committee for the Napoleonic Bicentenary 1821-2021) and of the most important European Napoleonic associations (FECN-European Federation of Napoleonic Cities-Destination Napoléon and the Souvenir Napoléonien). 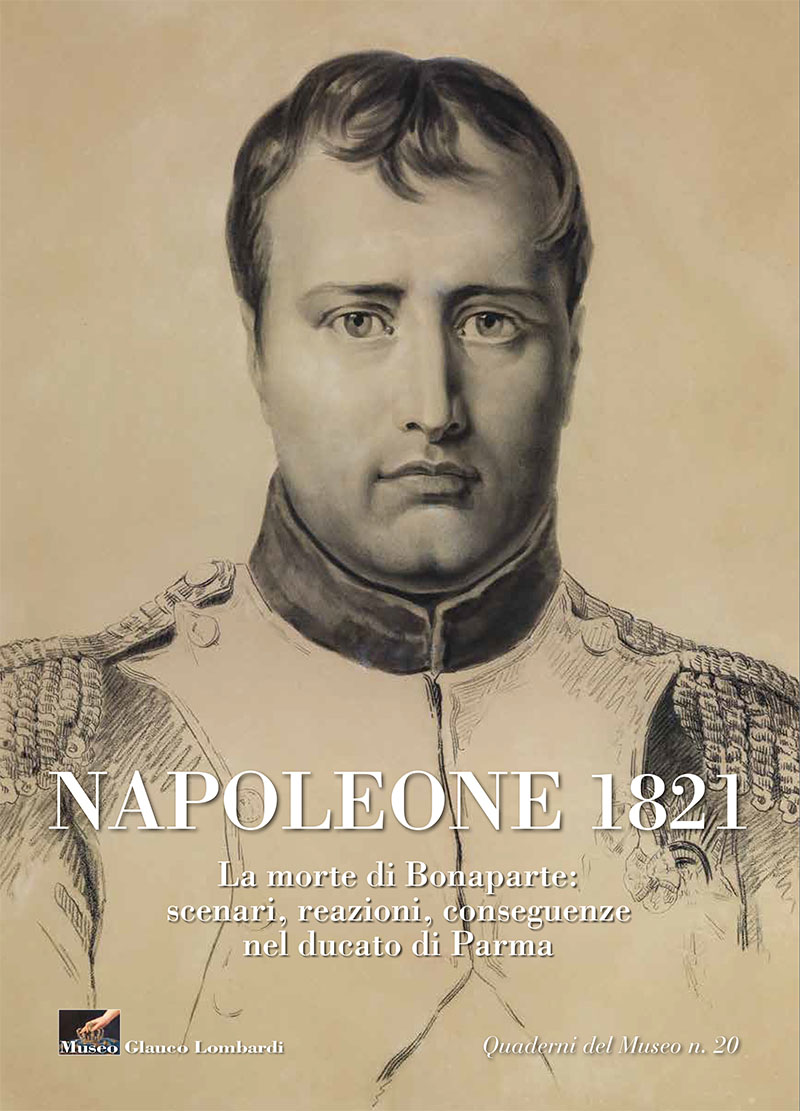 The Museum was created to host Glauco Lombardi’s rich private collection. Many acquisitions and donations, linked to the several themes of the museum, have been added over time. The two main attractions of the museum are Napoleon Bonaparte and Maria Luigia of Hapsburg, the archduchess of Austria who became Napoleon’s wife in 1810. Later she was appointed duchess of Parma, Piacenza and Guastalla, over which she ruled for more than thirty years leaving a lasting trace on the territory and in the memory of Parma’s inhabitants.
The Museum’s halls, hosted in the historic Palazzo di Riserva, offer visitors the opportunity to experience a journey that will bring them back in time to the first Bourbon period and the Imperial French era. Testaments from these periods range from official portraits by court painters (Lefèvre, Prud’hon, Gérard) to precious glass and chinaware, from swords wielded by Napoleon to tender letters sent by the emperor to his young bride, to the corbeille de mariage, the refined piece of furniture that contained part of Maria Luigia’s trousseau, of which we still have a gay silver-woven gala dress.
The itinerary through the museum follows the life story of the former queen, who found herself in charge of a small state – which she described as “a real garden” – that she decided to improve through monuments and public works. Many of these still stand today and are depicted on paintings and medals kept in the Museum, together with the works of artists coming from the prestigious Academy. One of such artists was Paolo Toschi, who stood out among all the others and was recognised as the best European engraver when he was alive.
The most fascinating aspect however, is the sovereign’s private life. The exhibited objects come largely from her direct descendants: the Sanvitale family that has been one of the most eminent families of the duchy for centuries. Count Luigi Sanvitale married Albertina Montenuovo, daughter of the duchess and of General Neipperg, who was the charming diplomat that replaced Napoleon in Maria Luigia’s heart. Inside the museum people can learn about Maria Luigia’s passions and preferences: diaries, jewels, embroidery and watercolours made by her, but also her travel pharmacy and her tackle box. These are only some of the pieces that help us recreate the multifaceted personality of an historic figure who found herself at the centre of the main events of her time. The museum follows these events from a privileged point of view, that of a duchess’s eyes.
The Museum hosts more paintings and curiosities about Parma’s history from the 1700s to the second half of the 1800s. This period, following Maria Luigia’s death, saw the downfall of the duchy that in the space of a few years brought it to the annexation to Piedmont after going through the Bourbon period. The Bourbons were the first to look at France as a benchmark and called famous French artists, like Petitot, to Parma.
The Lombardi Museum is open and active all year-round with guided tours as well as thematic tours, workshops for children, commemorations, conventions, publications and free exhibits in the halls on the ground floor.
The recurrent appointments are “Musica al Museo”, a concert festival focused on the Duchess’s wonderful fortepiano, with three concerts in spring and three in autumn, and the “Settimana di Maria Luigia”, which takes place in December, with numerous events dedicated to the former Empress during the month of her birth and death.