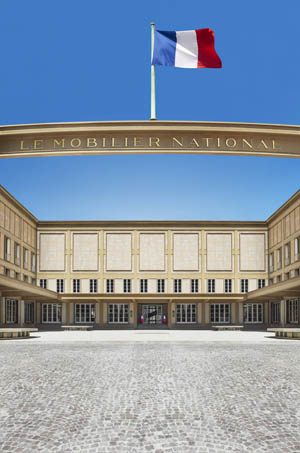 In 2021, the Mobilier National is celebrating the bicentenary of the death of Napoleon I with an exceptional exhibition and a conference.

For further information, please consult the institution’s website (in French) 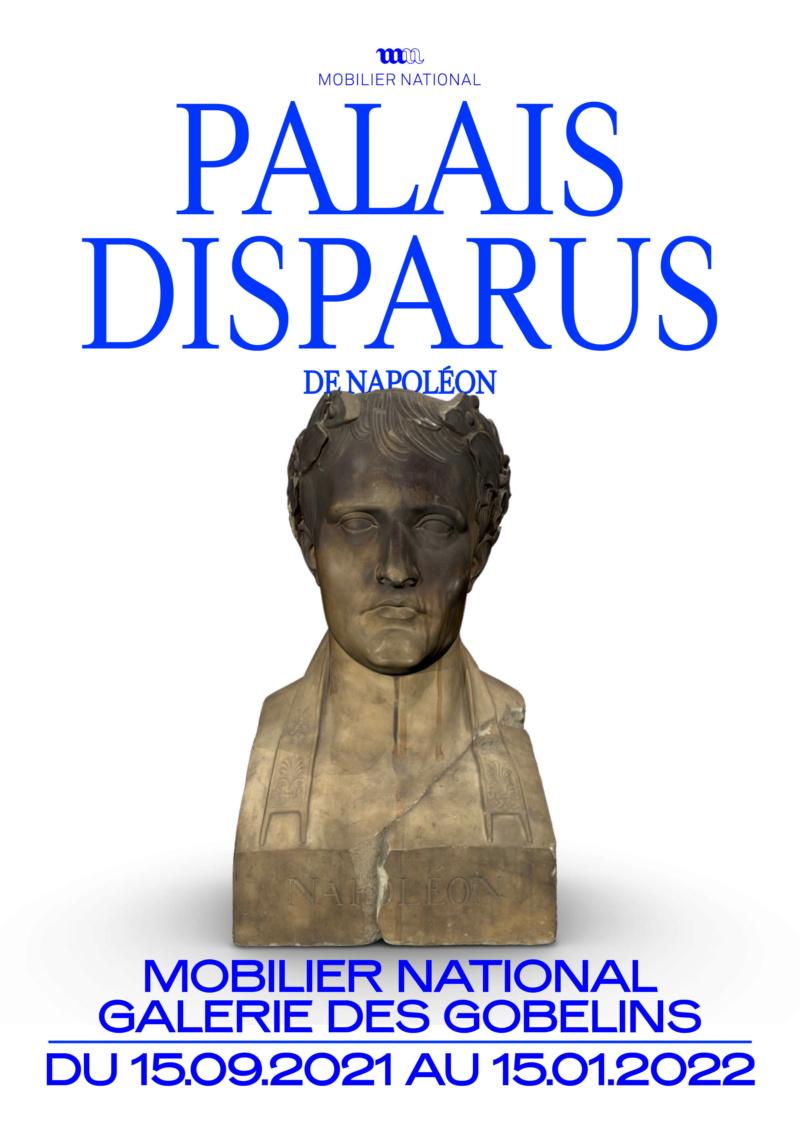 The Mobilier National proposes to go back in time and discover three of Napoleon’s foremost palaces which were destroyed in 1870-1871: namely Saint-Cloud, the Tuileries and Meudon. The exhibition trail highlights 350 pieces of furniture that formerly decorated the appartments of the Emperor and Empress. Furniture, gilded bronzes, tapestries and textiles; exceptionally  brought out of the storerooms of the French National Furniture Repository.

Napoleon Bonaparte is known as an outstanding leader in war, a tireless worker and for rebuilding work in France and beyond, but he is less known as a lover of arts and crafts. However, he was perfectly aware of the strategic but also economic importance of furnishing the imperial residences.

Napoleon and the decorative arts
First Consul of the Republic and then Emperor of the French, Napoleon Bonaparte had the the “Royal houses” of the Ancien Régime redesigned to make them his own.

Between 1800 and 1815, he used architecture, fine arts and decorative arts to “finish the Revolution” and convey a message of order and grandeur. The desire to create a prestigious setting for Napoleon and his entourage was accompanied by a political and economic purpose: to employ artists, craftsmen and factory workers was to pacify a society that had just emerged from the revolutionary turmoil while promoting French industry in the face of its European competitors.

Three lost palaces: the Tuileries, Saint-Cloud and Meudon
Three of the main palaces reinvented in this way – the Tuileries, Saint-Cloud and Meudon – were burnt down in 1870 and 1871, during the Franco-Prussian War and the Commune. Numerous pieces of furniture and elements of their decorations that had been been put into storage before the conflict have survived. By bringing them together in the Galerie des Gobelins on the occasion of this exhibition, these lost palaces are brought back to life revealing the inventiveness of the designers of the early 19th century: indeed, new types of furniture appeared, the art of metalwork reached a peak, the walls of the salons and the upholstery of the chairs were adorned with new bright colours.

Digital reconstructions on display help to put these pieces of furniture, textiles and art objects into context.

The exhibition “Napoleon’s Lost Palaces” thus takes us back two centuries, to the great theatre of an Empire between two worlds, a surprising synthesis of the old monarchy and the new France.

The sections of the exhibition
1. Preamble: the disappearance
2. Introduction: the installation of “Bonaparte”
3. The men of “savoir-faire”
4. From the château to the palace: the Tuileries of the First Consul and his “First lady”
5. Saint-Cloud: tradition and innovation / Period room: Josephine’s grand salon
6. The establishment of an imperial etiquette
7. Empress Marie-Louise’s appartments at the Tuileries and at Saint-Cloud
8. The Emperor’s “Grand Cabinet” in the Tuileries in 1814
9. The Tuileries, the official palace: the apotheosis of the imperial reign
10. Meudon, a palace for the “Children of France” 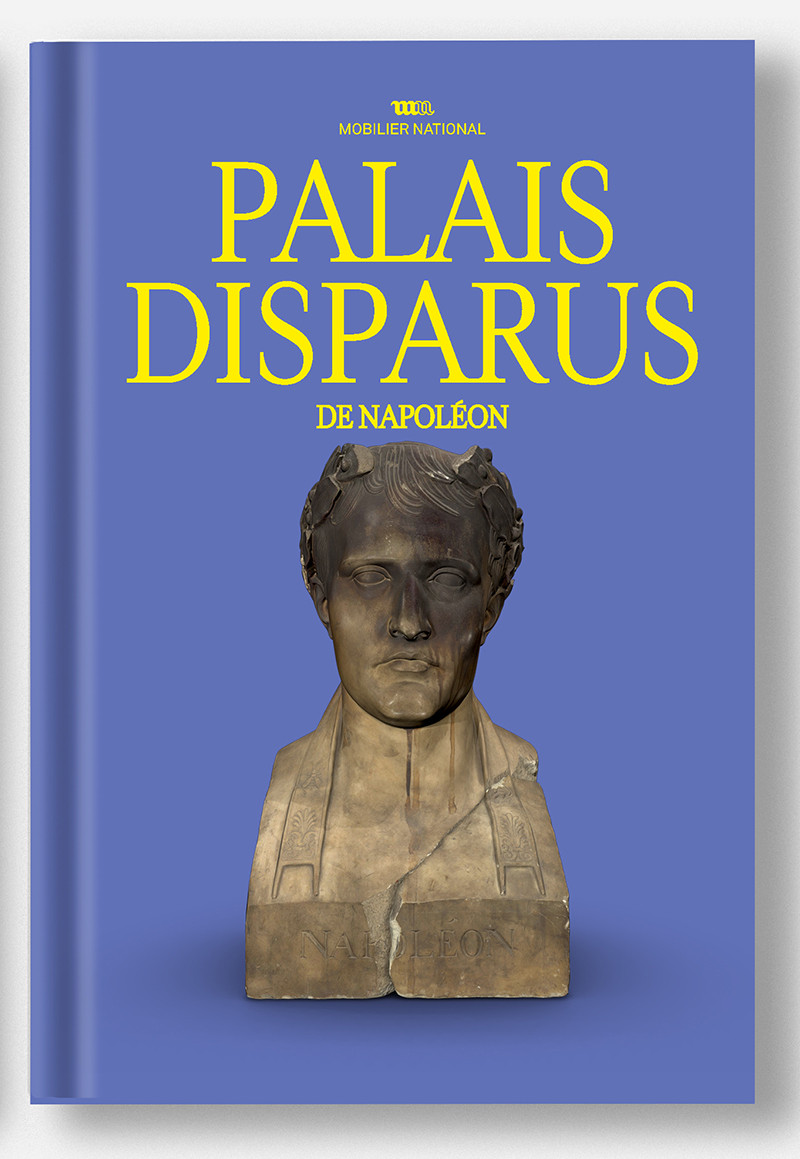 PrEsentation OF THE Mobilier national

Since the 17th century, the French Mobilier National furniture repository and its manufactories have showcased French craftsmanship in the exquisite French tapistries, carpets and furniture that they created. The institution is descended from the Garde-Robe [wardrobe] of the French Crown and its primary mission is to provide furniture and furnishings for state buildings.
In addition, it oversees the conservation and restoration of its unique worldwide collection, comprising more than 130,000 items of furniture and furnishing.

Since 1937, the national manufactories “des Gobelins”, “de Beauvais” and “de la Savonnerie”, as well as the lace conservation workshops in Alençon and Puy-en-Velay (integrated in 1976) have perpetuated a tradition of excellence and support for contemporary creation in the field of weaving.

Looking to the future, the institution, a partner in many artistic events, has a Research and Creation Workshop – the ARC – created in 1964, on the initiative of André Malraux, to promote contemporary creation and design in France. The ARC is a unique space and an incomparable showcase for French design, which has never ceased to create prototypes of excellence for state commissions in close collaboration with major figures in the design world.

The Mobilier National embodies the prestige of French tradition, the excellence of exceptional craftsmanship, and the vitality of artistic creation and contemporary design.