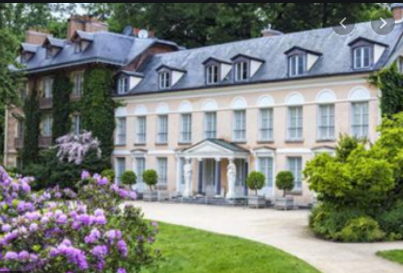 Chateaubriand devoted nearly 400 pages of his Mémoires d’outre-tombe to Napoleon. The Hauts-de-Seine department and the Maison de Chateaubriand in Châtenay-Malabry will commemorate the bicentenary of Napoleon’s death in 2021 with a programme of cultural mediation exploring the link between the writer and the Emperor.

More information on the website of the Domaine and the Maison de Chateaubriand.

This information was updated on 6 April 2021.

The Maison de Chateaubriand is setting up regular publications on social networks of short videos consisting of readings of extracts from Chateaubriand’s texts about Napoleon.
These readings will follow the chronological order of the texts on Napoleon ending with the evocation of the Emperor’s death:
– from 1803 to 1827 – Chateaubriand and Napoleon’s relationship, a story translated into 7 readings.
– 1803 – The meeting
– 1804-1807 – The rupture
– 1811 – The incident of the speech at the Académie
– 1821-1923 – The death of Napoleon and the posthumous reconciliation.

Talks
• 15 March 2021 at 4pm – online talk
Talk “De Buonaparte et de Napoléon” by Bernard Degout, Director of the Maison de Chateaubriand
From De Buonaparte et des Bourbons (1814), to the Vie de Napoléon (within his Mémoires d’outre-tombe), did Chateaubriand deny himself or did he also elaborate a legend of the Emperor closely linked to his own?
On the occasion of this conference, Bernard Degout will present his book De Buonaparte et de Napoléon, , a collection of texts by the writer (Perrin; February 2021).
• 6 May 2021: a lecture by Jacques-Olivier Boudon, on his book Le sexe sous l’Empire (Librairie Vuibert; 2019)
• 11 May 2021: a conference by Thierry Lentz, director of the Fondation Napoléon, on the theme of his book Pour Napoléon (Perrin; March 2021)

Round Table > “Chateaubriand, Hugo and Napoleon”
Thursday 27 May – 5.30
with Guy Rosa, Jean-Marc Hovasse and Bernard Degout.
As part of the literary biennial devoted to Victor Hugo, organised by the Maison de Chateaubriand

Talks and round table lasting one hour, modalities will depend on the government measures in progress, either in person (requiring reservation at 01 55 52 13 00 or by email), or online.

The Maison de Chateaubriand is a writer’s house, dedicated to Chateaubriand and to Romanticism in general. It is open to all audiences, and also open to contemporary authors.

In the Mémoires d’outre-tombe, Chateaubriand devoted nearly four hundred pages to the Emperor. This part, which is called the “Life of Napoleon”, is at the centre of his work. It is mentioned several times in the tour of the House.